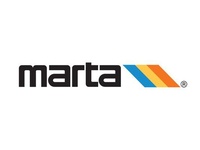 To advocate and provide safe, multi-modal transit services that advance prosperity, connectivity and equity for a more livable region.

We started MARTA with a commitment to making public transit a reliable service — one that boosts economic development and enhances the lives of people across Metro Atlanta.

Our story began in the 1950s when people first started to recognize the importance of Atlanta’s public transportation. They saw it as more than just a way to get people from point A to point B. They saw it as a vital part of the city’s future growth.

Conversations changed to action in the 1960s when the Metropolitan Atlanta Transit Study Commission released its report recommending a five-county bus and rail system. The report prompted a wave proposals for a revamped transit system. And in 1965, those proposals led to the passing of the Metropolitan Atlanta Rapid Transit Authority Act — or as we know it today: MARTA.